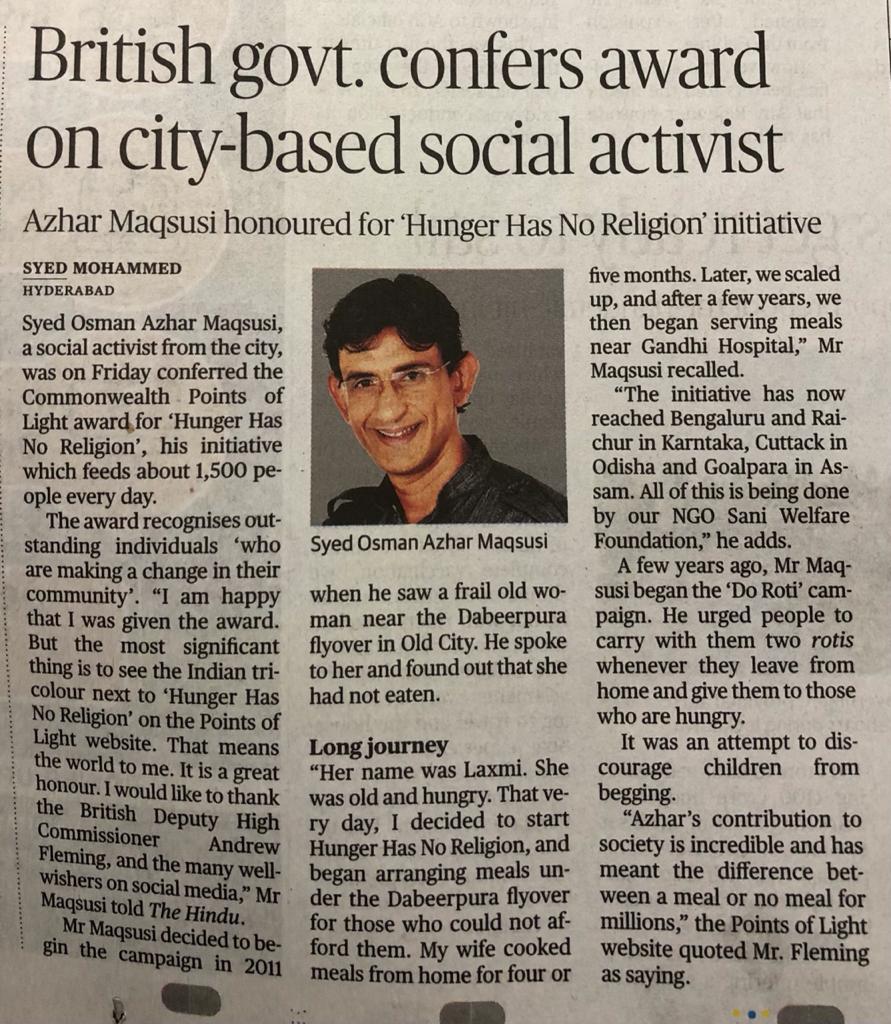 The British Government awarded Azhar Maqsusi, the founder of Sani Welfare with the Commonwealth Points of Light Award for his initiative, “Hunger Has No Religion” He decided to begin the campaign way back in 2011 when he saw a frail old woman near the Dabeerpura flyover, who had not eaten. Since then, he has been arranging meals for those who could not afford them, under this campaign, which now feeds about 1500 people everyday in five cities across the country. The award recognises outstanding individuals who are trying to bring about change in their community. When interviewed, Mr. Azhar said, “I am happy that I was given the award. But the most significant thing is to see the Indian tri-colour next to ‘Hunger Has No Religion’ on the Points of Light website. That means the world to me. It is a great honour. I would like to thank the British Deputy High Commissioner Andrew Fleming, and the many well-be wishers on social media.”